The Rise of Xi Jinping – How He Gained Power 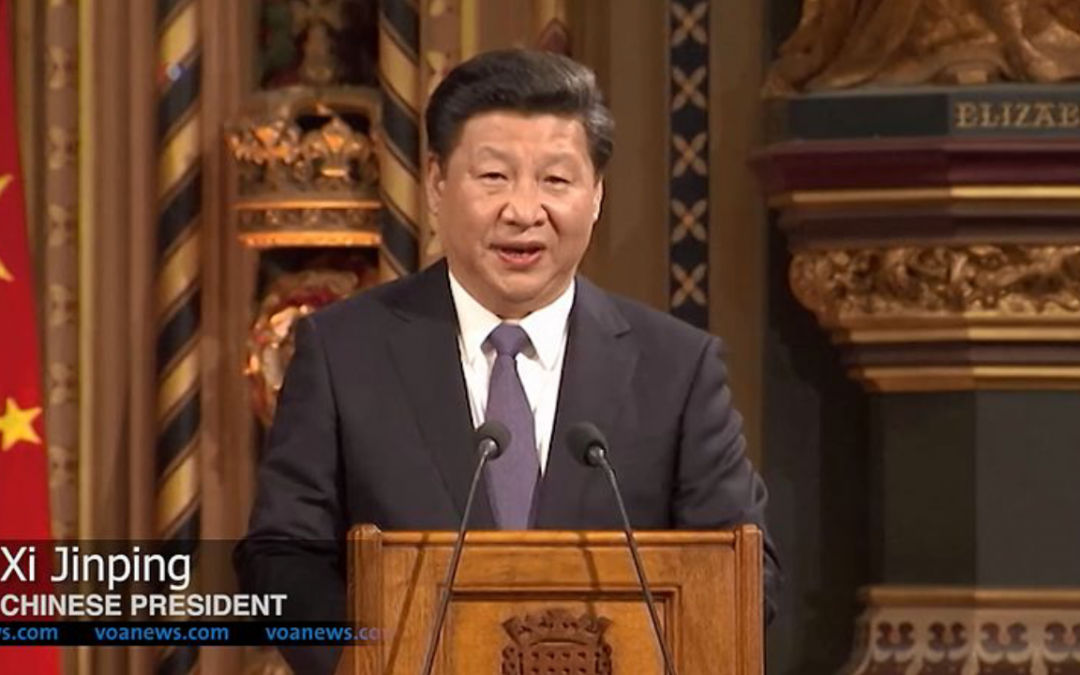 Many believe Xi Jinping is the world’s most powerful man. No Chinese leader since Chairman Mao has held the influence he does. And with China gradually becoming the dominant global superpower, he might soon be called the most powerful man in human history. But his rise to power was not always certain. As a child he lived in a cave and saw little opportunity outside of working on a farm. The years of hard labor in rural China may have been what motivated him to rise so far in the world of politics. But like any world leader we can be less sure of this than of how they did it. This is the story of Xi Jinping’s rise to power.

Xi Jinping was born in 1953 – just 4 years after China became a communist nation. His father was a leading revolutionary of the time and came to be chairman Mao’s propaganda chief. This position brought a comfortable standard of living that young Xi would soon miss. His father was a moderate, putting him at odds with Mao and various others who wanted his position. In 1968 he was purged from the communist party, sent to prison, and declared an enemy of the people. It was the start of Chairman Mao’s cultural revolution, a massive social reconstruction within China. Partly to solidify Mao’s position and partly to remove elements of Chinese tradition and thereby make China less capitalist, it was a huge project.

A lot of things happened in the decade or so long cultural revolution. But the most notorious came from Mao declaring that violent class struggle was needed to defeat the enemies of communism. Countless party members were purged and exhausted. High schools were shit down with student supporters of Mao joining militant groups known as Red Guards. These paramilitary groups would attack anyone else seen as enemies of the revolution. It was red guards who murdered Xi’s sister when ransacking the family home. Xi narrowly avoided being killed himself and was sent to the countryside to be put to work. That was another element of Mao’s cultural revolution – middle class young people in big cities were sent to rural China for re-education and hard labor. It was known as the “down to the countryside movement” – an elaborate term for exiling those who are not ideologically pure enough. That’s what the Soviets did so it must be okay.

Mao was influenced by Stalin but pushed his cult of personality further to ensure his work could not be undone as quickly as Stalin’s was. This was among the primary motivations behind the cultural revolution. Understandably, 15 year old Xi hated his new life in the country. He literally lived in a cave and was put to work shovelling sewage. When not doing that or working in the fields he was reading. During his 7 years in the country he became a well read student of communism. He was ambitious but just onr of 30 million young people exiled to the countryside that the communist party didn’t trust. There didn’t seem to be mant opportunities for him, but one opened in 1975. A new government program enabled rural peasants to attend prestigious univsersities. The program was largely pointless as those who completed it were often left unemployed. Most of them have no high school level education and at university they were almost exclusively taught useless propaganda.

But Xi Jinping studied chemical engineering and unlike others was able to find employment. He was shrewd and persistant. It was only on his tenth application that he was granted membership to the communist party. By the time of his graduation Chairman Mao was dead and his father’s long-standing hatred from within the party had declined. In fact his father regained some popularity and a young Xi Jingping found work as secretary to a former college of his father, who at the time was minister of defence. According to Machiavelli anyone wanting power must in some way take advantage of luck, which no man can control. His father regaining popularity and this position following that was Xi Jinping’s stroke of luck.

But from there he did something strange. After a while he requested reassignment to a poor rural area. Most others in the party were desperate for assignment in big cities like Beijing. But he realised it would be easier to rise to seniority if he worked in agriculture, with less people competing for positions. It was a genius move. The party is rooted in China’s peasantry. Associating himself with that directly boosted his prestige within it. This combined with the fact that his father was a respected revolutionary made him an obvious candidate for senior positions.

Carefuly forging relationships with important party members, he eventually became governor of a Chinese province and later the party chief of Shanghai. He now held the highest position in China’s second city, where he further impressed superiors by attracting outside investment and opposing corruption. Before long he was a member of China’s standing committee, the country’s highest body of power. The committee had just nine members with the leader of China also leading it. All of the party’s top decisions are made by the committee. These few men hold absolute power and in 2012 Xi Jinping became leader of the committee.

As ruler of China he gave himself more titles than previous leaders – all kinds of things like “leader of the central leading group for comprehensively deepening reforms”. I have no idea what that means but it’s not even his most vague title. He simply gives himself vague titles and uses it to exact authority over a new area of government. By doing this over and over again he’s been able to gaininfluence wherever he wants to, making him the most powerful Chinese leader since Chairman Mao. It’s why he’s been given the nickname “Chairman of everything”.

To accompany this his power rivals within the party are accused of corruption and purged. This is the genius of his public stance against corruption. It gives him an excuse to purge anyone. It’s no surprise other communist leaders are so loyal to Xi Jinping. Last month the party voted to remove the two term limit on Chinese leadership. This essentially means xi Jinping can rule for as long as he wants, putting China under one man rule for the first time in decades. This move arguably made him the world’s most powerful man. It’s the natural outcome of his cult of personality, which has been deliberately cultivated in all kinds of ways.

Online tv shows, apps, and music are used to encourage a love of Xi Jinping among young Chinese people. It’s even common for young people within China to refer to him as “Xi Dada” or “Big Daddy”. And that seems like a pretty good place to end this video. Xi Jinping was once an exiled farm worker. But now he’s big daddy – the most popular and powerful head of China since Chairman Mao. What’s more, he might hold that position for the remainder of his life.