How The Rockefellers Built Their Empire 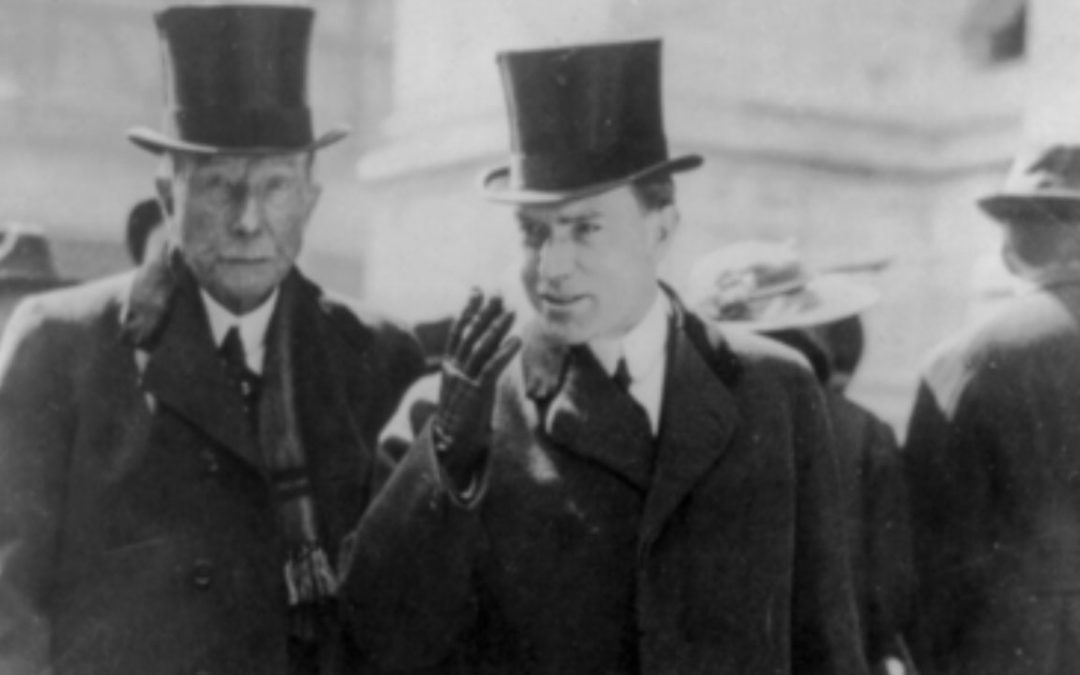 An old Chinese concept is known as three generation wealth – that when an ordinary man becomes wealthy, all the wealth he gained will be lost before the death of his grandchildren. That seems to be as true today as in ancient China with 90 percent of family wealth being lost by the third generation. In fact 70 percent of wealthy families lose their riches by the end of the second generation. Knowing that fact it’s hard not to be impressed by the Rockefeller family. Their rise to great wealth and notoriety happened within one generation yet still today they remain rich and powerful. It’s difficult to quantify the influence they now have in banking or politics but some say the Rockefellers are the most powerful family in American history. And although others would give the Munsters that position, we can learn so much from how the Rockefeller family came so far from the poverty they once lived in.

Rockefeller is a German name, taken from a village called Rockenfeld. It was always a small village – so small that in 1965 the local council decided to close down the village, which to be honest I’m surprised was even an option. Rockenfeld was dissolved as a legal settlement and abandoned. It’s now a ghost town whose legacy might have been forgotten if a distant ancestor of the Rockefellers wasn’t born there.

When Johann Rockenfeller moved to America in 1723 he Americanized his surname, as did many German immigrants, like how the Rosenvelts became the Roosevelts. Nothing much happened to the family until John D Rockefeller was born in 1839. His father was a conman known as “Devil Bill”. Devil Bill was notorious for cheating people out of money. He even cheated his sons at every chance he got. He abandoned the family more than once but taught some valuable lessons about making money. John would earn money raising turkeys, and still as a child, lend that money to neighbours for an interest. But his mother taught him t have strong morals with the help of protestantism. So if young John wanted to be wealthy he would need to use legitimate means.

His family was poor but at the time of his death his net worth was about 340 billion dollars in today’s money, making him the richest American of all time and setting up his family dynasty. As he grew into adulthood America was experiencing an oil rush. All a person needed to do was find an oil well, acquire rights to extract such oil, and they would be rich. He worked as a merchant of goods until he could afford to enter the oil business. In 1813 he opened an oil refinery near Cleveland.

Oil refining was transforming crude oil taken from the ground into oil that was ready for use, mostly in lamps. This move was genius as it meant Rockefeller didn’t need to risk prospecting. People who already had oil would come to him, therefore making his business model so much less risky. As he was more efficient than other refiners success was guaranteed. He would refine oil much more cheaply and with less waste. It’s because he rewarded employees who developed more efficient methods and because he hated waste. They produced their own battles and Greece for machinery to reduce expenditure.

Within two years his refinery was the biggest in the area. As oil was working better than anything else he decided to put all his time and effort into it. He and his brother William established Standard Oil in 1870. Their reputation for efficiency was as valuable as their efficiency, with all the best local business going to them. With that as leverage they began acquiring their competing refineries. He made a now famous offer to the owners of competing refineries. In exchange for ownership he would make them famously wealthy. If they refuse, he would destroy them. He would do this by cutting prices, taking the competitors clients. Standard Oil would lose money by doing this but they could afford to lose more. As the price war killed competition it would more than pay for itself.

It was an incredibly aggressive strategy but it worked quick – and when I say quick… in just 4 months Standard Oil bought out 22 of it’s 26 competitors in Cleveland. It was dubbed “The Cleveland Massacre”. This was where Rockefeller first gained notoriety.
By 1818 Standard Oil was refining 90 percent of American oil. They went from zero to ninety in ten years. As his power grew he was able to become even more aggressive. He would purchase infrastructure that his competitors relied on. He would buy the railroads around their refineries, encircling and isolating them. Isolated, their only options were to sell or go out of business.

Similar strategies are used by Walmart and Amazon, both willing to make massive losses to crush competition. Jeff Bezos is said to have studied Sam Walton and Sam Walton is said to have studied John d Rockefeller. But it’s now illegal to use many of Rockefeller’s tactics. As he was becoming America’s first billionaire the press gradually turned on him. He was tarnished by his dealings with politicians. Standard Oil were essentially bribing congress into allowing their massive monopoly. But it wasn’t enough. He backed a railroad company in their own attempts to gain a rail monopoly. Something about a near total oil monopoly and a near total rail monopoly teaming up scared the government into action. The press were encouraging this, with the New York World calling Standard Oil: “The most cruel, impudent, pitiless, and grasping monopoly that ever fastened upon a country.”

At it’s height Standard Oil had 90 percent of the entire worlds oil refinery. Newspapers depicted Rockefeller as an international monarch who controlled politicians like puppets. The public wanted standard Oil investigated. In 1911 the Supreme Court ruled it an illegal monopoly. Standard oil was broken up into 34 successor companies. Among these are exxon mobil and Chevron. Rockefeller’s Oil empire had been torn apart. But by now he was America’s most wealthy man. At one point he got involved in mining, which made him a rival of another legendary industrialist called Andrew Carnegie. He was called America’s most hated man. But he was a committed philanthropist and abolitionist. He died in 1937.

Without Standard Oil his children would turn to other industries, especially real estate and banking. The Rockefellers have changed the world, becoming a political and banking dynasty, much like the Rothschilds. Members are involved with important institutions like the Brookings Institute and the world Economic Forum. Multiple Senators have been Rockefellers and even a Vice President. It’s hard to calculate their current wealthy as much of their assets are in real estate. They own some of Manhattans most valuable buildings.

The Rockefellers initially made their wealth with infrastructure. Instead of accepting the risk involved with oil prospecting. John D Rockefeller found a way to draw those with oil to him. He literally did the opposite if what others did. They went to find oil but oil found it’s way to John Rockefeller. That was his genius. There were only two major parts of his strategy: building and destroying competition. And due to the nature of his business model, achieving one would necessarily being the other. His children were wise enough to diversify their inherited assets. So instead of three generation wealth it’s currently six generation wealth.