How The Mars Family Built Their Empire 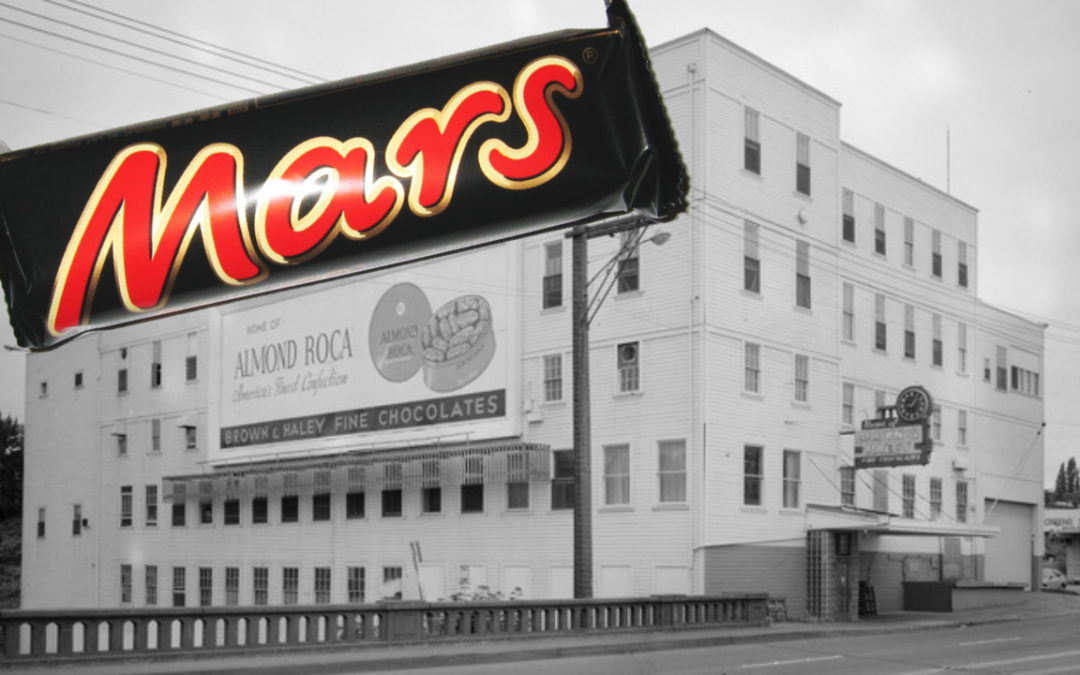 We’ve all heard of the Mars chocolate company. But you might not be familiar with the family behind it. Until quite recently the Mars family was the most wealthy family in America. They remain wealthy and powerful today, still owning Mars incorporated, which has over 80 thousand employees and a revenue over 35 billion dollars. It’s hard to believe an empire like that could be built on confectionery. But they own some of the world’s strongest brands. This is the story of how the Mars family built their empire.

It all began with Franklin C Mars. In 1882 he was born in Minnesota to a relatively poor family, Like many children of the day young Franklin caught Polio. It left him disabled for life and forced him to stay indoors sick for much of his childhood. Thankfully his mother kept him entertained by teaching him to bake and produce chocolate. This sparked a lifelong passion for candy that he would one day build a fortune on. Somehow making it to adulthood, he sold home made chocolate bars to local stores. It made enough money for him to live on and he could only see it getting better. At age 20 he married a woman called Ethel. Before long they had a son called Forrest Mars, which is easily one of the worst names I’ve ever heard. After a while Franklin’s candy business fell into decline. In the early 19 hundreds a whole ton of candy companies were established in Minnesota. This caused his clients to begin buying from other suppliers as they were simply more efficient. He was eventually forced to close down the company and his wife left him.

She was what some would call a “chocolate digging hoe” – taking their son to live in Canada. But it was okay, Franklin married another woman also called Ethel. I guess some men really have a type. They moved to Tacoma, Washington, where he established a candy factory in 1911. It was by taking out loans that he was able to put the factory together. But there was tough competition in Tacoma with the Brown and Haley factory dominating the local market. When Franklin failed to sell enough bars to pay off his loans creditors took machinery from his factory. This put the Mars factory out of business.

But Franklin wasn’t giving up. He moved back to Minnesota and founded the Mar-o-bar company. They chiefly produced chocolate bars and saw some success by experimenting with new ingredients. Among his new creations was the Milky Way bar, designed to taste like a milkshake. The milky war bar changed everything for Mars. It’s introduction saw their sales increase by one thousand percent in just two years. Within 5 years they were bringing in 20 million dollars each year. In today’s money that’s almost 300 million. The Mars family had gone from just getting by to being incredibly wealthy in just 5 years.

The company relocated to California and became Mars, Incorporated. In 1930 Mars introduced snickers, another massive success, that was named after Franklin’s favourite horse. Franklin Mars died four years later at age 51. Ownership of the business was left to his son Forrest. Growing up away from is father, Forrest had a very different mindset. They reunited when he was a young adult and both began working to grow the family business. Forrest believed they should expand internationally, taking advantage of the lack of competition in foreign markets. But Franklin disagreed. Forrest kept annoying his father until he was granted rights to sell Mars products abroad.

So Forrest Mars moved to England. While there he worked for other chocolate companies while establishing his own operation. In time he was selling Milky way bars. He also invented Mars bars, which went on to become their strongest brand of them all. They mediately started selling better than the milky way. He soon developed Maltesers too. After his father died he had free reign over the company. Forrest was of a strategic mind. He realised that he could use the same business model for selling candy to sell other products. He would diversify, buying a British dog food company.

By using the same tactics that made Mars a major brand, he came to dominate the dog food market. With this diversification theory proven he went back to America where he founded a new pet food company. He bought low quality meat that humans were reluctant to buy and repackaged it as dog food. Over time he built the brand into Pedigree Pet Foods. He also established a food brand for humans called Uncle Ben’s. In following decades the three types of business would grow together, making use of the same infrastructure and marketing techniques. This was the genius of Forrest Mars.

This became obvious to the world when he merged all companies under Mars, Incorporated in 1964. But he operated his companies in secrecy. Even today Mars is among the world’s most secretive corporations, and the Mars family is equally reclusive, which leads some to think they have a real magical chocolate factory hidden away. Forrest Mars was 95 when he died in 1999. His personal net worth was 4 billion dollars and the company he left for his children was a multinational empire. Under his children Mars would further expand.

In 2017 they bought a new pet care company for 7.7 billion dollars. The current chairman of Mars, Inc is John Franklyn Mars – second son of Forrest Mars. His personal net worth is over 28 billion dollars and increasing fast. By the time his children take over the business who knows how big Mars incorporated might be. Either way the Mars family will remain wealthy and powerful for a long time. Not unless there’s a communist revolution, in which case they will be put to death. Like their business the Mars family is aggressively secretive and private, which is why their name doesn’t spring mind like other family dynasties do.

They have avoided much of the notoriety attached to the Rockefeller and Vanderbilt families. Perhaps that is the purpose of their secrecy.