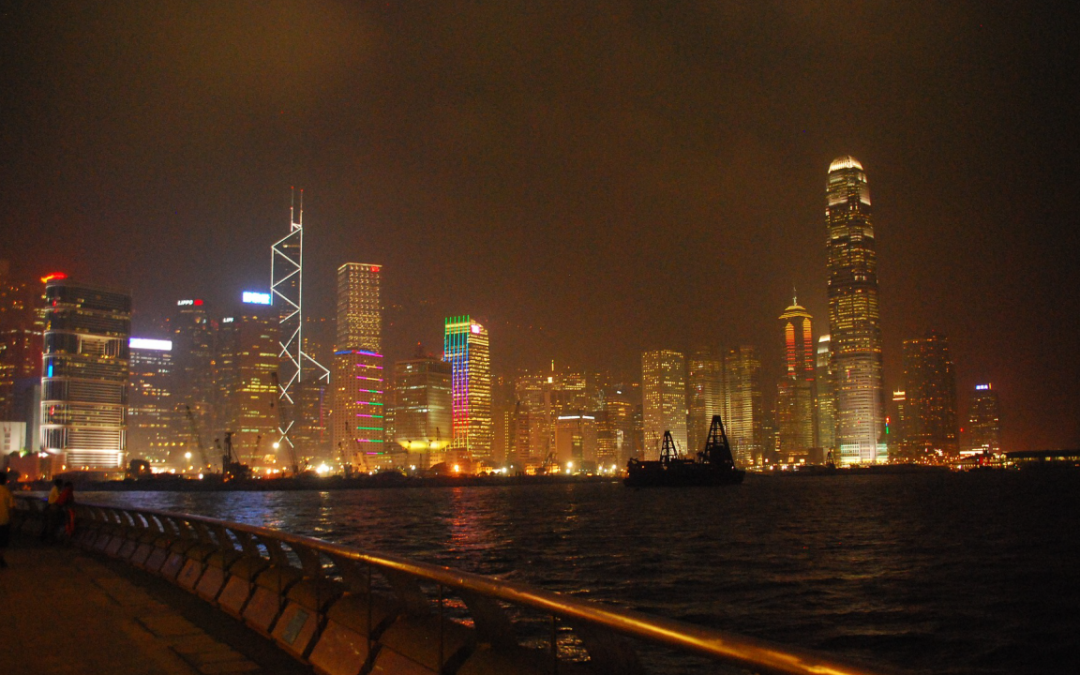 Why Write An Article on The Biggest Companies in Hong Kong?

Despite it’s origins as a small fishing village, Hong Kong today is one of the leading financial centers of the world. It’s stock exchange is the sixth largest in the world, featuring dozens of massive corporations based in Hong Kong. With almost nine million people and a highly developed education system, a productive work force has been formed. Hong Kong even has it’s own currency, the HK Dollar.

While still a British territory Hong Kong was the only part of the empire to have a higher per capita income than mainland Britain. Since becoming part of China, she has only grown stronger and Hong Kong’s economy continues to expand as we speak. The area is so wealthy that cities in mainland China, like Shanghai, have long been looking to Hong Kong for inspiration regarding economic models. Such economic success is due to the number of successful companies here. But what are the biggest companies in Hong Kong?

It’s an interesting question and it depends how you measure it. For this list I will be trusting the judgement of Forbes magazine on which companies are larger than others. So for those of you wanting not only to know what the biggest companies in Hong Kong are, but also some interesting information about those businesses, keep reading.

Although registered in the Csayman Islands, CK Hutchison Holdings is headquartered in Hong Kong and was created in 2015 with a merger of two massive Hong Kong corporations. Today they own businesses that operate in 50 countries globally. Their main business interests are telecommunications, energy, and infrastructure. CK also own shipping and port company, operating 48 ports.

The name Swire might not sound very Chinese, and that’s because it has it’s origin in Victorian England. But the Swire Group is a massive multinational. One of the areas they mostly focus on is Hong Kong. In Hong Kong their companies operate under the separate banner of “Swire Pacific Limited”. Swire Pacific was founded in 1870, as it’s parent company was doing well in England and Hong Kong seemed like a good place to expand into.

At first it was a small operation but Swire Pacific now plays a major role in the local economy. They own the rights to bottle and sell Coca Cola in Hong Kong and much of mainland China too. In total they own rights to bottle Coco Cola to land inhabited my over 400 million people. Since it’s Coco cola we’re talking about, it’s no wonder swire Pacific brings in so much money. The company also have interests in real estate and property development. You’ll notice that many of the biggest companies in Hong Kong are real estate based, and there’s a good reason for that. With a population of almost 7 and a half million.

That’s a lot of people for a small region like Hong Kong. As a result housing prices and real estate investment has skyrocketed over the last few decades. Interestingly, the current chairman of the Swire group is a descendant of the companies founder. Swire Pacific also have interests in commercial shipping, as might be expected from a port city based empire.

CLP Group is one of the most widely diversified energy companies in the world. They provide electricity, to Hong Kong and a number of other markets. In Australia they own one of the largest power plants and is a major player in the space. When it comes to India they own a massive thermal power plant as well as various others. Reguarding Mainland China they have built a nuclear power plant and operate hydro power stations across the nation. Finally, in Hong Kong they own the biggest coal powered energy station, and a gas turbine station too.

With those kind of assets it’s no wonder CLP Group is among the biggest companies in Hong Kong. They just produce so much energy all the time. In fact, CLP are literally making money every second of the day. This company has shown an incredible shrewdness, adapting to suit the changing face of the energy market. It can clearly be seen in their move into renewable energy – specifically hydro power and solar energy. With that in mind, CLP Group will quite literally be a Hong Kong powerhouse for years to come.

They also operate a property management side of the business and have even built an entire theme park in Hong Kong. But their path to success has not always been clear. In recent years, corruption allegations have seen executives arrested and even found guilty on bribery offences. On top of this, Sun Hung Kai Properties has seen inner turmoil, as the family who owns the business reportedly had a power struggle. But to be fair it’s difficult to say how much truth there is to that.

When written, the name China Unicom looks like it reads China Unicorn but there are no unicorns or any other mythical creatures involved. It’s actually a telecommunications business. A relatively young entry on the list, China Unicorn was founded in 1994 and is now state owned. With over 150 million customers, they provide cell phone service and internet access, just like phone companies in the west do.

There isn’t much to say about it really. It’s just a massive telecom company. Being owned by the government, there are certain advantages China Unicom have over privately owned businesses, for obvious reasons. Their revenue even on a bad year is over 30 billion dollars – which, again… is a bad year for them.

Jardine Matheson might be the least Chinese sounding business name ever. That’s because it was founded in the 1830s by two British businessmen, one names Jardine and another named Matheson. Hong Kong became a British territory in 1842, causing them to move the company there, knowing the new authorities would look kindly on them as fellow Brits. They sold tea and opium in mainland China, two industries that were undergoing an explosion together. Making good money from that, they decided to diversify, going into shipping and even arms trading.

They built cotton mills and a brewery. It was among the most successful companies in Asia, and only went up from there. Today, as one of the biggest companies in Hong Kong, it is even more diversified than ever before. They have interests in automobiles, insurance, farming, real estate, and many more industries. Jardine Matheson also owns another holding company, Jardine Strategic Holdings. That company owns massive amounts of land along with 20 percent of a Rothschild bank.

AIA Group is a life insurance corporation. Although offering a variety of financial services, the bulk of their company is geared towards insurance. Founded in 1919 by American intelligence officer Cornelius Vander Starr. They capitalized on the lack of competition within developing markets is east Asia, getting footholds in them before other companies could. Today AIA Group still dominate the insurance industries of many countries, including Cambodia, Vietnam, Brunei, and many more.

Although generally smaller than western markets, their collective value has seen AIA Group become the largest insurance company on earth. The corporation’s total assets are worth over 180 billion dollars today, an almost incomprehensible amount of money. Interestingly, it was originally based in Shanghai, but moved to New York after the city fell to Japan in world war two. After the war, they desired to move back to China. But fearing the communist rule of chairman Mao, elected to relocate the Hong Kong instead, which remained a British territory until 1997.

Hutchison Whampoa was founded in Victorian times by a British merchant, just like so many of the biggest companies in Hong Kong. To be honest I’m sick of typing about British merchants in Hong Kong but there ya go, that’s life. They run the world’s biggest port, which in itself is mind blowing. On top of that, they run telecommunications in 14 nations under the 3 brand, one of the world’s most successful phone companies.

They also run port operation across the globe, especially in Europe and Asia. Hutchison Whampoa actually operate 13 percent of the world’s total shipping container traffic. So it’s no wonder they employ over 250 thousand people, which by the way is about the population of my home city. Hutchison Whampoa is a true empire, with a yearly revenue over 40 billion US dollars.

CNOOC is short for China National Offshore Oil Corporation. With a name like that, you’d shorten it too. It’s the third largest state owned oil company of China, and based on the mainland. But this is a list of the biggest companies in Hong Kong not the biggest in China, so why is the China National Offshore Oil Corporation on this list? Well, one of their subsidiaries is based in Hong Kong.

Although only employing several thousand workers and being founded just 19 years ago, it’s a true giant. Making good use of the massive oil reserves within the South China Sea, they produce more barrels of oil each day than most other companies. They also have oil operations outside of China, especially within Africa and South America. By the end of 2017, just that subsidiary had a market capitalization of 474 billion HK dollars.

China Mobile sounds like some kind of Chinese-themed automobile, but it’s actually a telecommunications business. Just like our last entry, China Mobile is owned by the Chinese government and based in mainland China. But they have a subsidiary based in Hong Kong, which in itself is one of the biggest companies in Hong Kong. In fact, the single biggest.

The China Mobile Hong Kong Company Limited has over 8 million customers, giving them immense influence within Hong Kong. They provide cell or mobile phones and operate the networks such phones are linked to. They also provide broadband internet for personal and business use within Hong Kong. There isn’t really much to say about it. It’s just a huge telecom company with a virtual monopoly on the market. So it’s no wonder how success it has become, despite being almost as young as CNOOC, being founded in 1997.