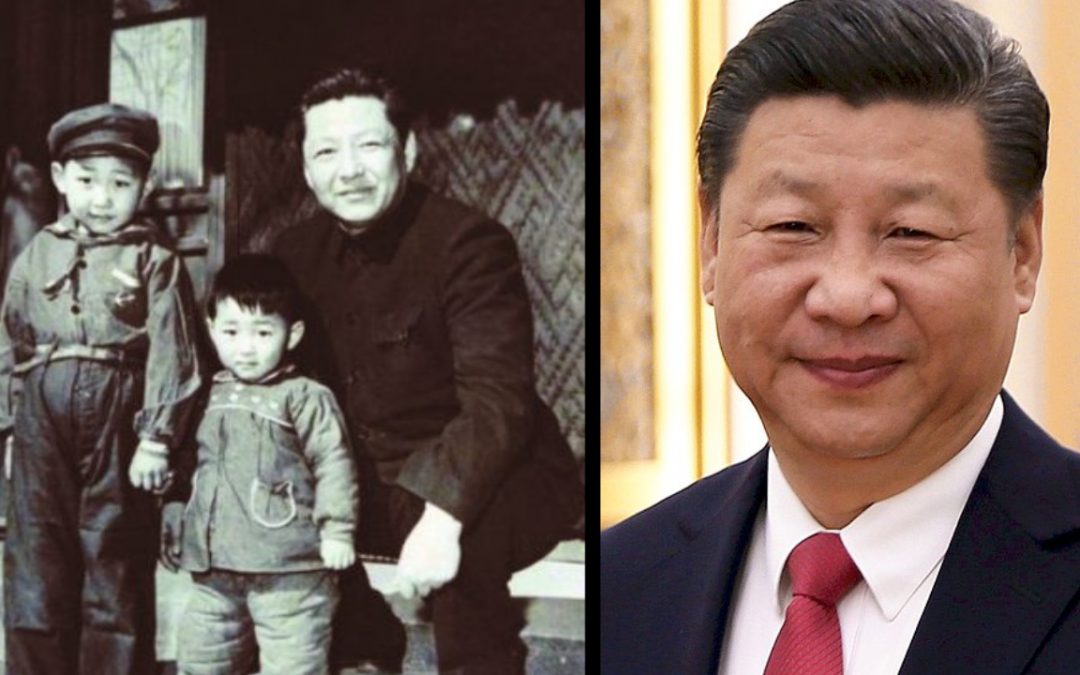 China is becoming the dominant global superpower. As the country changes, so will the geopolitical balance of the world. As leader of China, this will win Xi Jinping recognition as one of the most influential figures in history. But few in the west know anything about him outside of this – and that’s a shame. He happens to be one of the modern world’s most interesting political leaders. So I thought I would write an article all about interesting things about him. From illegal cartoons to humble beginnings – here are 10 amazing facts about Xi Jinping.

Big Daddy – that’s a popular nickname Chinese millennial use to refer to their leader, along with Xi Dads. It’s part of Xi Jinping’s cult of personality, which is stronger than Mao’s or Stalin’s ever was. It seems that way to me anyway. There are popular Chinese songs praising him, with lyrics like “If you want to marry, marry someone like Xi dada”. The government encourage people to call him Xi Dada by releasing bizarre videos. In one, foreign students studying in China share their love of Xi Jinping. So that’s weird. Imagine if people started to call Donald Trump or Barrack Obama big daddy. I mean, some people probably already do. But that’s a whole other article.

He kind of resembles Winnie the pooh. In fact so many memes have been made about it that China has banned Winnie the Pooh. I’m not joking. The ban only caused more memes to be made comparing him to Winnie the Pooh – so Chinese authorities work round the clock to censor them. They also banned the letter “n” as they consider it to be subversive and too western. I don’t know why they banned Winnie the pooh. If anything it makes me like him more now I see him as synonymous with a cartoon bear. Although I can see how a serious political leader might not want to be seen that way.

A Chinese person speaking Chinese might not sound like much but it’s one of his biggest advantages. He’s the first Chinese ruler in modern times to know standard Mandarin, rather than some specific dialect. China has an almost countless dialects, some of which are very difficult for the Chinese people to identify with. It’s one of the reasons he was able to gain power. People were just sick of barely being able to understand their leaders. And I know how they feel, I never understand what western politicians are saying.

6: He’s Thought To Be Super Rich

Chinese politicians are paid a fairly low wage, as you’d expect from a communist nation. But the relatives of high ranking party members are often super rich. It’s thought that a common practice for them is to indirectly acquire wealth by helping relatives gain massive assets. Xi Jinping’s relatives held assets worth hundreds of millions before they sold them, so that Xi could not be criticized for it. But none of his family member’s individual fortunes are tied directly to him. Realistically he could secretly be worth billions of dollars.

He famously loves steamed buns. The media sometimes report on him buying steamed buns as if it’s breaking news. Even the BBC has reported on his trips to buy steamed buns. I guess it was a slow news day. But either way his affection for steamed buns in legendary. I thought you should know that. So tell all your friends about it. But don’t call Xi Jinping a steamed bun because that can get you arrested. A Chinese man was given two years in jail for calling his leader “Steamed Bun Xi”. So don’t call him that. Don’t call anyone that, it’s just rude. On the other hand you can do the opposite as a type of steamed bun has been named after him.

4: His Father Was A Famous Revolutionary

His father was a leading revolutionary in times gone by. Xi Zhongxun could be called a founding father of communist China as a close ally of Chairman Mao. He served as Mao’s propaganda chief and eventually became vice-premier of China. This gave him and his family a life of privilege. But one day Mao purged him from the party and they lost everything. He was declared an enemy of the people and sent to prison. His daughter was killed by an angry mob of militant students loyal to Mao. Young Xi barely escaped with his life. This would be a key experience in the development of young Xi’s mindset.

It’s Xi Jinping’s legacy project – a massive network of trade routes linking china to markets across the world. At the cost of several trillion dollars he’s having gas and oil pipelines built with Central Asia. A road from China to Pakistan that cuts through mountains, railways in Europe that lead to Beijing. He is also acquiring leases on ports in pother countries all over the globe. The scale and complexity of the initiative makes it human history’s greatest infrastructure project. You can now take a train from London to China and other countries are following suit. The trade that will come off the back of this could Usher China into it’s position as the dominant global super power.

Xi has specific affection for one American state. As a young communist bureaucrat he visited Iowa in 1985. Xi was sent there to tour farms and learn ways to improve productivity in rural China. On returning to China he used what he learned in Iowa to rise to seniority, working in agriculture. This in turn helped him gain power as the Chinese party is rooted in farming. You could say he in part owes his success to Iowa, which is why he’s made several official visits since becoming leader of China.

Xi Jinping literally used to live in a cave. After his father was purged from the party, a young Xi was sent to the countryside for re-education and hard labor. For around 7 years he lived in a cave and was made to work on a farm. It looked like this was his only option in life until a government program allowed him to attend university. Today the cave dwelling he once called home is a tourist attraction. People come from all over to see the world’s most powerful man’s humble beginnings. He was one of 30 million young Chinese people sent to the countryside for hard labor. If you’re wandering how he went from living in a cave to ruling China, you’re in like. I’ve made a whole video and written an entire article about it. Click the link below to see that.

The Rise of Xi Jinping